A downloadable game for Windows and macOS

She's Fast, She's Deadly, but most importantly She's Sexy!
You better watch out for this Spicy Signorita!
She's taken, but she will hunt you down like you're the only man on her mind.

You play as Charles, an agent sent to investigate the corporate offices.
Goodluck!

This is the continuation to "Edwardo".
PS, it is not necessary to play "Edwardo" first, so you can jump straight in!

In macOS version resolution is broken please fix it or add option to change resolution in settings.

Hello!
Thank you for the comment!
When you mean broken do you mean its lower than what it should be?

exactly, resolution is too low

Smooth gameplay and scared me every time.

Thank you for playing Daniel Rain!

And thank you for making a good videogame

in a good way or bad way?

How long is the game? I want to play it but I'm not sure if its supposed to be a short funny game, or something to sink a lot of time into

Hmmm, depends really on how good you are at FPS's.
Most people average around 30 minutes of game time, i'd say.
Goodluck Dadika!

why does this exist?

Your name suits you.

Thank you!
Try stealth, Turning off your flashlight could help ;).

Glad you liked!
Thank you for taking the time to play it!
Great video!

Reply
DonMahLuvinLandry148 days ago(+2)
INCREDIBLE SEQUEL! I loved every second of running from Maria and collecting files and tapes. However, when Edwardo showed up, I knew this meant business! SO FUN! 110% recommend!
Reply
Gumbo-1Slur149 days ago(+2)

This game is so hot.

Not as hot as you!

butttt this game is coool see the water melons

I finally finished Signora Maria through the based game of Edwardo. I'll give you my thoughts on it.

At first, I knew I had to find the main office to begin the game, but there was no direction towards it. There was a map on the wall, but the players might wander somewhere else. Since the game was so dark, the players might think the flashlight had battery limits, but it does not, which makes the game scary. There was a glitch I encountered where I got stuck on the roof. I have no idea how that happened. Maybe it was the door that clipped me out of the map? I don’t know.

I’m looking forward to seeing moistcr1tikal try this game since he plays a role in this chapter. I'll be speedrunning Signora Maria on Twitch. Anyway, what an awesome game!

Thank you for Playing Xerionix!
Loved the video! That bug was so weird idk how you clipped in it haha, Might have to blame unity on that one XD

Welp, That was probably the single best way I've ever died in a video game...

Hey Thanks for playing CaptainComaToast!
I hope this experience satisfied you haha.
Great video!

I loved the challenge of having two people to dodge!! defs worth the play through!

I gave it the ol' college try, but the amount of bullshit was too far off the charts for me to put up with any longer. I might've been able to put up with Maria by herself, but the fact that the other asshole shows up and seems to be impervious to the whistle just made me a tad too butthurt.

Thank you for playing SUPERDIVORCE!
I apologise for your negative experience.
Do you have any other suggestions to make it less "bullshit"?

I'd say not having the man with a gun pretty much instakill you upon sight. I think it'd be nice to give the player a little time to react once he starts shooting so you can blow the whistle and stun him long enough to get away. Also, if Maria is going to pursue the player so relentlessly, maybe adding in a way for the player to incapacitate one of the two bad guys would make things more fun. There's just A LOT of ground to cover, drawers to open, places to search, etc., so managing to stay away from one of the baddies only to run right into the other one makes it feel kind of rigged and not worth repeating over and over again.

No problem! Thanks for listening! 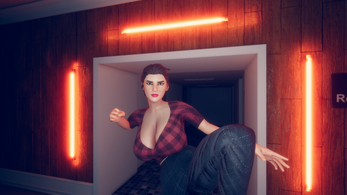 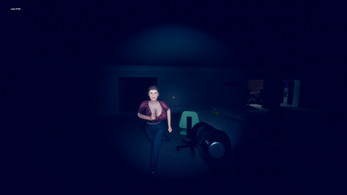 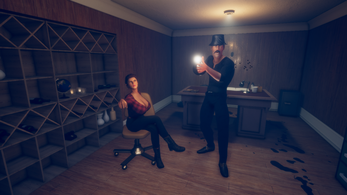 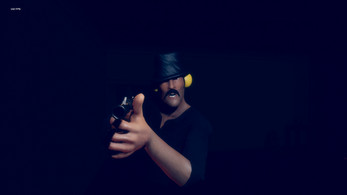 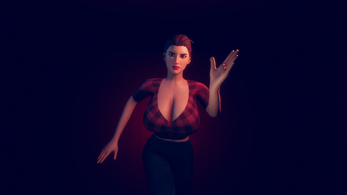